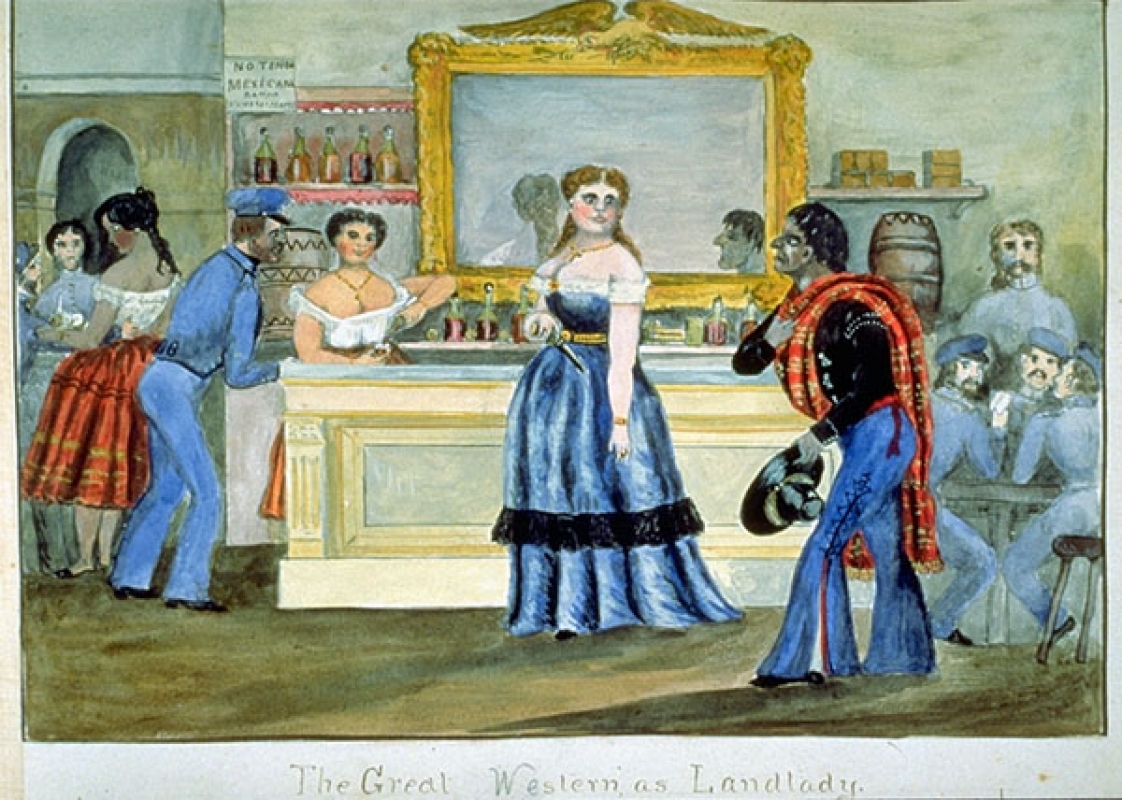 Working on new designs here at Cattle Kate we look to the past for inspiration. Inspiration from hollywood, modern western wear and great characters of our past. One lady that currently has our attention is Sarah Bowman, also know as "The Great Western". She stood over six feet tall and 200 plus pounds which gave her the nickname "The Great Western" a referrence to at the time the largest steamboat in the world. Sarah was strong and attractive with firey copper-red hair.

Some of what history tells us of her is she was a part of the Mexican War enlisted with her husband as a cook and laundress. Her bravery and spunkiness earned her much respect from General Zachary Taylor. Such stories of taking in orphans during the war, her sharp shooting skills and even being the first female to open a business in El Paso has us envisioning the outfits she may have worn!

We have been unable to locate any actual images of her but from research and stories we've read she was not your average calico sunbonnet wearing lady. She was tough and intimidating. One story says she claimed "loan me a pair of trousers and I will whip the entire Mexican army all by myself".

During the Mexican War, most women took shelter and began sewing sandbags doing what they could to help. Not Sarah. This brave woman carried wounded men to the shelters and treated them and carried food and coffee to the troops. She even grabbed a musket and joined the men fighting.

Legend has it that she died from a tarantula bite in 1866 and everyone in Yuma turned out for her funeral given with full military honors. A legend in many ways and a legend that has inspired this Cattle Kate Western Outfit.