The Lynching of Cattle Kate 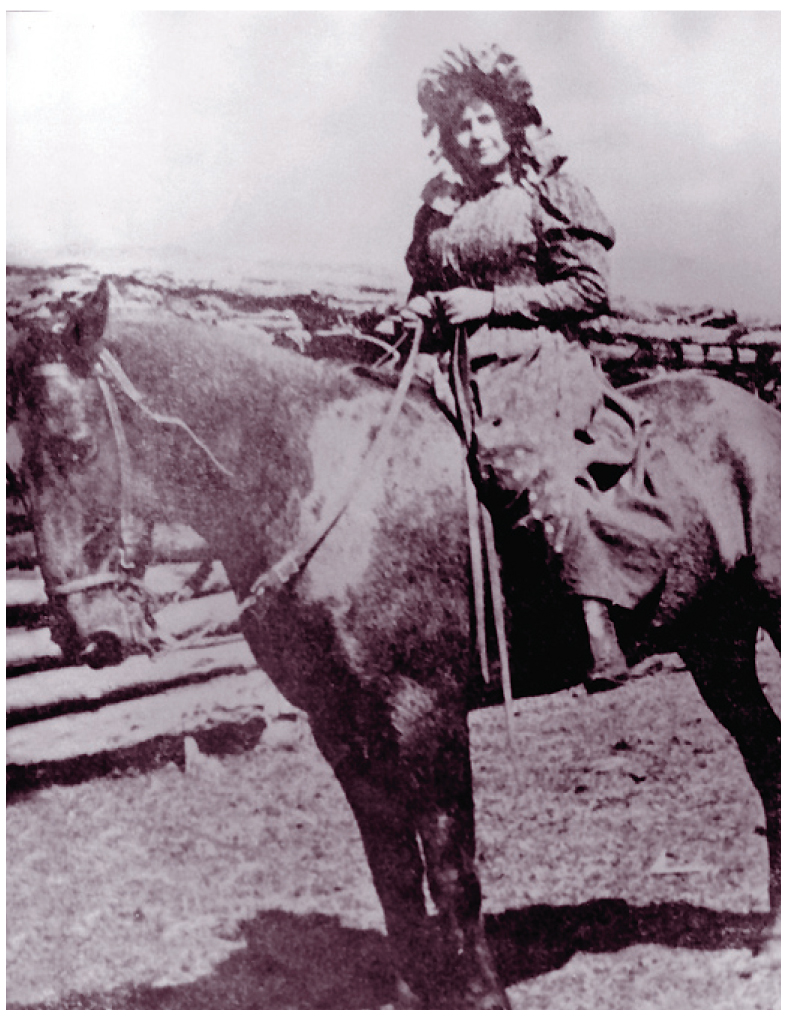 Her real name was Ellen Liddy Watson, but her friends called her Ella, and she was born in Ontario, Canada. Intelligent, gentle, possessed of charming Celtic brogue and a pretty smiling face, she was 6'2" tall and a wonderful cook ! Her parents emigrated to Lebanon, Kansas to homestead. At 18 Ellen married Bill Pickle, a neighbor, who drank too much. He abused Ellen often and, after one particularly brutal beating with a horse whip, Ella ran away and returned to her family's farm. After working as a cook on an adjacent neighbor's farm for awhile, she moved about 15 miles south to the town of Red Cloud, Nebraska where she escaped her husband and again found employment as a cook at the town hotel. After filing for divorce, she went to Denver, then Cheyenne, and then still farther on to the budding town of Rawlins, Wyoming where she again secured employment as a cook at the proper "Rollins House."

>Soon she met Jim Averell, a surveyor, who was homesteading 60 miles north on the Sweetwater River. He was articulate, intelligent, well dressed and above all, a gentleman. Ironically he was born not much more than 150 miles from Ella's birthplace. They struck it off immediately. He, too, had been married earlier, but his wife had tragically died in premature childbirth. Ella and Jim fell in love. Jim kept bragging about Sweetwater valley where he had started a road ranch and general store on his homestead. They had discussed marriage, but if they married, Ellen could not homestead too. Only one to a family. But they could marry in secret the way others had done!

They drove Jim's buggy 100 miles to Lander, where nobody knew them. She carefully substituted Andrews for her maiden name, and they were married by a J.P. Then they drove back to Sweetwater where Ella homesteaded on Horse Creek near Jim's place. Jim snaked in some logs from the mountains and he and a friend helped build her a pretty one room lob cabin sheltered in the cottonwoods.

Problem! A pompous cattle baron named Albert Bothwell irrigated a hay meadow from that very same creek but hadn't figured on anybody filing a 60 acre homestead over the top of it, much less a WOMAN! He thought his control of that open range was absolute and he had also put up over 60 miles of mostly illegal barbed wire fence. He was outraged, and rode the mile over to Ella's cabin and offered to buy her land. She told him she wanted the land much more than the money, and he left angry but empty handed. 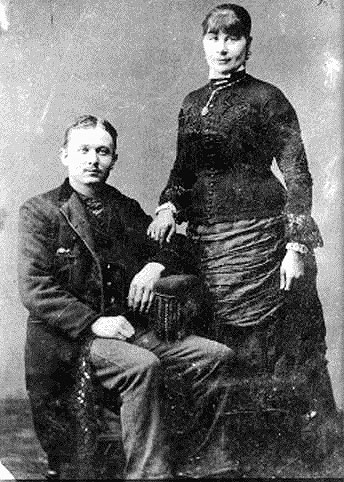 One icy day in February a wagon train passed nearby on the Oregon Trail herding 26 head of nearly starved cows and calves. Ella suddenly saw a way into ranching, and bought them at a dollar apiece! Some cowboys helped her drive them home and she fenced in a pasture. Dismayed at Ella's purchase, Bothwell had an absolute conniption fit! He had skull and cross bones pinned to Ella's and Jim's doors. They were not intimidated. Nobody would harm a woman! By summer her cattle were stronger and Ella branded them. But brooding Bothwell had been concocting a deadly plot and now he saw his opportunity!

On the morning of July 20th, 1889, during the neighbor's joint round-up, Al delayed joining the other cattlemen until Ella had left her place. He then hurriedly sent word to the other cattlemen that Ella had rustled and branded some of their calves! Five very angry ranchers met with Bothwell and galloped over to Ella's homestead to see for themselves. What they saw was exactly what Bothwell wanted them to see! In a towering rage the stockmen kicked down Ella's barbed wire fence and chased her cattle out. Ella's boys rushed over to stop them, but were ordered into the house. Ella suddenly returned to discover what was going on. She screamed and ran headlong toward them. They surrounded her. One of the stockman was driving a tandem buggy and Bothwell roughly catapulted her up into the back seat. Ella was terrified! She tried to explain that Bothwell knew she bought the cattle honestly. Bothwell denied it!

The self appointed posse then headed for Jim's place. They found him about a mile away opening a gate. They said they had a warrant for his arrest. When Jim asked to see it they pulled up rifles saying "that was warrant enough." They then brutally shoved Jim up into the back seat with Ella and started south down the shallow Sweetwater riverbed toward Indepence Rock. As the gang disappeared, Ella's young wards raced over to Jim's store. They found Jim's nephew with a cowboy friend, Frank Buchanan. The boys blurted out the story. Buchanan grabbed his six shooter, rushed outside and spurred his horse in pursuit. He soon caught up and began stalking them. He could hear them arguing. The cattlemen suddenly swerved east up into a rocky gulch and tied up their horses. Yanking Jim and Ella out of the buggy, they shoved and dragged them up until they reached a twisted pitch pine.

Buchanan galloped around the other side of the rocks, tied his horse up, and frantically clamored up over the crest till he spotted the men adjusting lariats around the couple's necks. He yanked out his six shooter and began firing. The stockmen fired back. Suddenly Bothwell pushed him off into oblivion and, as Ella screamed, another man rushed forward and shoved Ella off. But the amateur executioners forgot to secure their arms and legs and thoughtlessly tied the lariats too close together on the same limb! Ella and Jim grappled with each other like wildly dancing marionettes until the gurgling ceased and they dangled limp, still touching one another in death. With no way now to help, Buchanan scrambled madly down to his horse and galloped off to alert the sheriff. 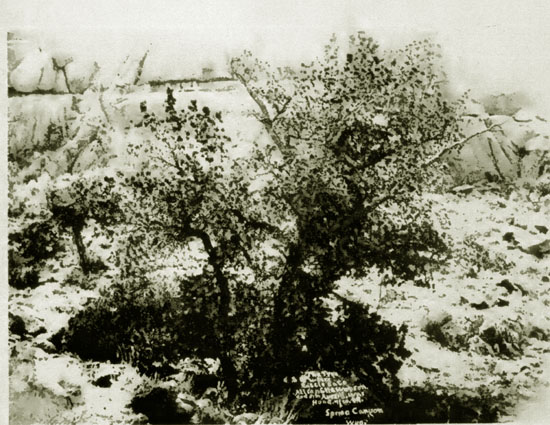 None of the lynchers was ever brought to justice. Witnesses were murdered or disappeared mysteriously or were bought off. The three Cheyenne papers, dominated by incredibly wealthy cattle interests, trumped up the ridiculous stories everyone knows today about Ellen being a dirty whore and rustler, and Jim her accomplice, pimp and murderous paramour. Nothing could have been farther from the truth, but the world loves a racy story and it stuck. Bothwell's demoniacle plan had worked perfectly! Ella had just turned 28 and Jim was barely 37.

A story persists around the valley today that Al Bothwell died utterly insane. Maybe it's wishful thinking - maybe it's not!